Based on eggs, cream, and almonds, the semifreddo is decorated with an enchanting pouring of hot chocolate that contrasts well with the semifreddo. 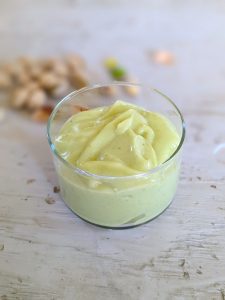 This is another dessert that takes me back in time to my childhood. On Sundays, for lunch, and the aunts invited everyone for lunch and what was commonly brought to their house was this cake purchased in the best pastry shop in the city.

I was anxiously expecting the unpacking of the cake and the fight among the younger kids in order to see who got the bigger slice.

Once I got my slice, I immediately melted at the taste of the semifreddo, just as it was melting on my plate.

The origins of this semifreddo date back to the early 60s and are attributed to two great Sicilian chefs, Francesco Paolo and Salvatore Cascino who served it, during a large reception at the “La Botte” restaurant in Monreale.

Unlike the classic semifreddo, this Sicilian recipe is made with the use of pate à bombe, a mixture of separated eggs pasteurized thanks to the cooked sugar that will allow you to obtain a super creamy dessert even after many hours in the freezer!

The Pate a` bombe consists of cooking sugar and water in a saucepan until it reaches the temperature of 121°C (249.8°F).

If you don’t have a food thermometer, you will understand that the syrup is at a temperature when many bubbles of dense and sticky consistency will form. 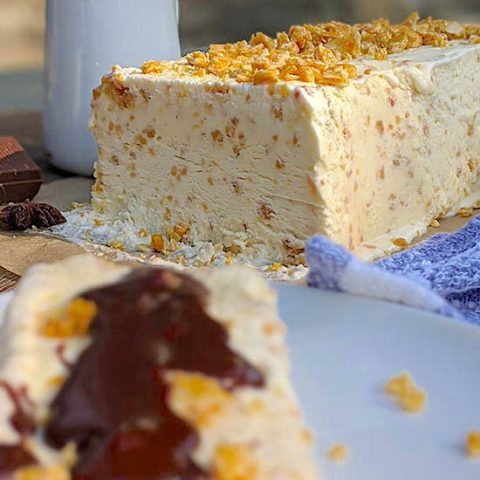 ENJOY!
Keyword Almond Semifreddo
Tried this recipe?Let us know how it was! 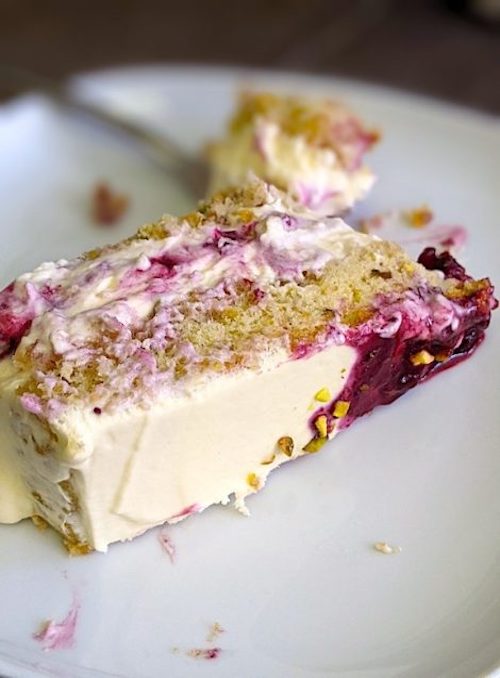