Caponata is a traditional dish of Sicilian cuisine. This is the original recipe.

I invited my friend Elisabetta from Latina (Lazio, Italy) with her husband. She likes the Caponata, an “antipasto” but it can be also served as a side dish.

There are several variations of the Caponata in Sicily.
I inherited this recipe from my husband’s grandmother (nonna Maria) from Cefalu`,

(The Madonie Regional Natural Park) and is included among the most beautiful villages in Italy.

Originally the main ingredient of Caponata recipe was not eggplant but rather a prized fish in Sicily, it’s called Capone, and in other parts of Italy it’s called Lampuga.

This dish was beloved by the aristocrats who lived in the beautiful palaces on the island, but it was unreachable for the poor who could not afford the luxury of buying an ingredient so valuable. So they replaced the Capone with eggplant. The eggplant, a vegetable not known before in Sicily, was imported by the Arabs during their invasion of Sicily in the year 827 A.C.

This vegetable is the basis of many Sicilian recipes. Another very important ingredient in this recipe is the tomato, imported from Christopher Columbus returning from the Americas 700 years later. 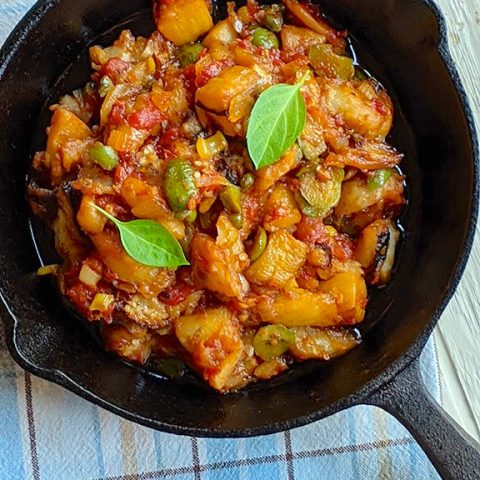 ENJOY!
Keyword caponata, eggplants
Tried this recipe?Let us know how it was! 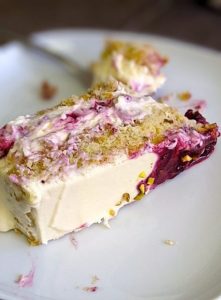