The “panelle” is the typical Sicilian Street Food.

The panino with panelle is a snack that you can find only in Palermo.

I remember, afternoons in Palermo, eating panini with panelle during college.

The panelle dates back to Arab rule in Sicily, although some say they date back to the Era of the Roman Empire and which were cooked on the stone and only in the late Middle Ages that we began to fry the panelle. 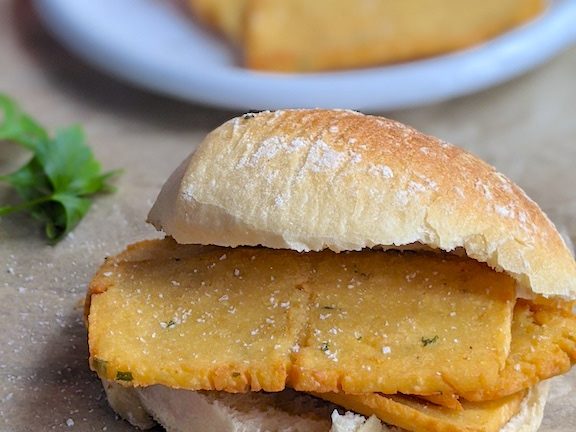 If you do not have a marble table, pour the mixture on the baking sheet, cover it with another baking sheet paper, and flatten with a rolling pin into a very thin layer. ENJOY!
Keyword panelle
Tried this recipe?Let us know how it was!