Join my newsletter list to be the first to hear our latest news!
Roman Suppli is crunchy and scrumptious mouthfuls of rice that when opened you are met with stringy mozzarella.
Jump to Recipe Print Recipe

Roman Suppli – It is a crunchy and scrumptious mouthful of rice that when opened you are met with stringy mozzarella.

The Suppli are also called “suppli al telefono” because the strings of mozzarella reminded people of the spiral telephone cords everyone once had.

Also please don’t tell me that they are arancini, because the arancini are Sicilian and are made in different ways.

But rice is also a great component in Roman-style supplì. The rice is freshly cooked together with its seasoning and then left to cool before forming this delicious ball.

The supplì in Rome was born as a “poor” dish sold in taverns, made with leftovers, originally with chicken giblet ragu and sweetbreads and only later, in the twentieth century, did the mozzarella center also become a part of the recipe.

The suppli is a classic of the Roman rotisserie, due to their shape, it resembles a potato croquette a lot.

How the Roman suppli are made

Our recipe follows the original one but I took out the liver because not everyone likes it. The broth for cooking the rice is made by putting a pot of water, celery, onion, parsley, basil, and 2 parmesan rinds on the stove. Then I started cooking it and brought it beyond the boil. Do not salt it, we adjust the rice only at the end. I used carnaroli rice seasoned with a sauce enriched with pecorino cheese. The rice is then left to rest before proceeding with the shaping of the suppli which, before being fried, is breaded with beaten eggs and breadcrumbs. 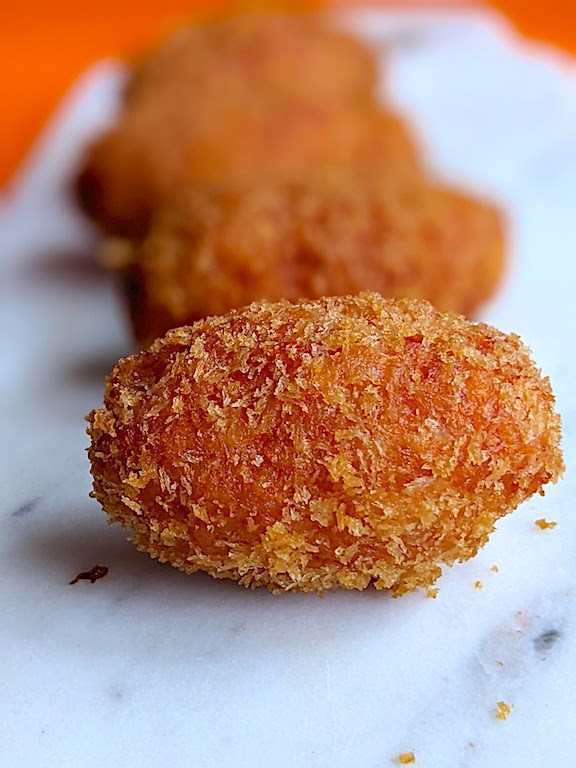 ENJOY!
Keyword roman suppli
Tried this recipe?Let us know how it was!