The SACHER CAKE is not an Italian cake, it is a cake of Viennese origin (Austria), but it is so good that I have to share this RECIPE.

As some know, the recipe for the Sacher cake is a secret recipe. According to the legend, the invention of the Original Sacher Cake dates back to 1832 and is due to a young pastry chef apprentice, Franz Sacher.

Since then the recipe has remained the same and only very few people know the real recipe.

The recipe that I propose to you today is obviously not the real one.

Except that I extrapolated this recipe based on a post dedicated to the Sacher cake, of an Italian site “Dissapore”.

The writer of the post who wrote the article went to visit the famous Hotel Sacher in Vienna, asking to visit the cake production workshop.

She was able to detect 34 stages of preparation, from breaking the eggs to the final packaging. Everything is handmade: EXTRAORDINARY !!!

The secret recipe lies in the icing a glaze made of different types of chocolate, and in apricot jam. The recipe was published in the Time/Life ‘Foods of the World Series’ 51 years ago, in 1968 (in The Food of Vienna’s Empire volume) and it’s been published several times after that as well. But this is my take on the Sacher cake. 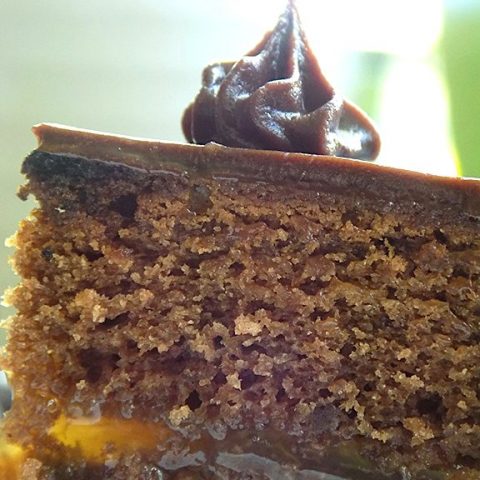 I suggest you heat the apricot jam so that it’s more liquidy. ENJOY!
Keyword baking, dessert, Sacher cake
Tried this recipe?Let us know how it was!