Join my newsletter list to be the first to hear our latest news!
It is a typical dish of the Japanese tradition but soon became appreciated all over the world, so much so that it also became part of our cuisine as well.
Jump to Recipe Print Recipe

Today I would like to share with you, a recipe that is not mine, nor is it Italian: Shrimp tempura.

It is a typical dish of the Japanese tradition but soon became appreciated all over the world, so much so that it also became part of our cuisine as well.

I have a strong admiration for Japanese cuisine, and if you remember I even combined Japanese and Italian elements in a previous post, which is my Matcha Tiramisu` Recipe

I would like to share with you all, this wonderful shrimp tempura from https://nakano-knives.com/blogs/traditional-japanese-recipes whose author of this recipe is Takahashi Sakura.

Crispy and delicious, this shrimp tempura with light crisp coating & juicy plump shrimps is sure to surprise you with its flavor, taste, and texture. Tempura is one of the most popular Japanese fares known throughout the world yet it is quite easy and fun to make from scratch at home .

Made with fresh ingredients, this sophisticated yet simple appetizer is usually served along with steamed rice or noodle soup in Japan or as an appetizer.

Wondering why? When we fry tempura in hot oil, the ingredients bloom like a flower and thus the name. But then, this cooking technique is employed more in restaurants rather than by home cooks.

However you serve this flaky to touch & airy appetizer, it is a winner, a stunner and not to be missed. 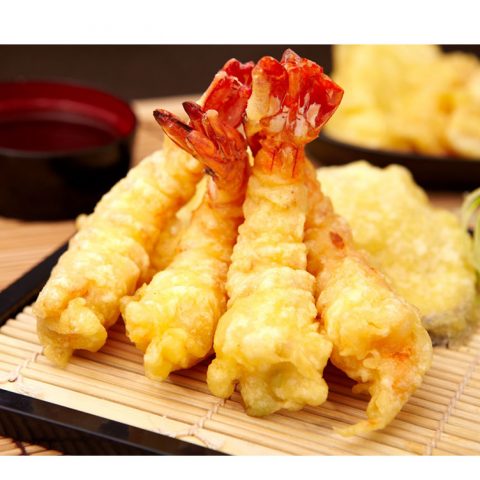 solo-dolce
It is a typical dish of the Japanese tradition but soon became appreciated all over the world, so much so that it also became part of our cuisine as well.
5 from 2 votes
Print Recipe Pin Recipe
Prep Time 30 mins
Cook Time 20 mins
Additional Time 0 mins
Total Time 50 mins
Course Antipasti
Cuisine Italian, Japanese
Servings 4

Tip: If you prefer, you can even add 2 to 3 ice cubes to the batter to keep it cold. Toppings: Top it with togarashi or seven chili spice to jerk it up. Serve with: You can serve it with a dipping sauce called Tentsuyu or with matcha and yuzu salt. Substitutions: Along with shrimp, you can also use fry vegetables like purple sweet potato, shiitake mushrooms, etc. ENJOY!
Keyword shrimp tempura
Tried this recipe?Let us know how it was!