Testa di Turco is a spoon dessert of Castelbuono, an ancient medieval village a few kilometers from Cefalù, in the province of Palermo.

Testa di Turco is a dessert consisting of layers of thin fried sheets of pasta dough which are interspersed with milk cream (very similar to Biancomangiare) and an abundant sprinkle of cinnamon.

TesIt is customary to consume it during the Christmas period and, above all, at the Carnival period.

A popular legend tells that this dessert was developed centuries ago on the occasion of the defeat of the Arabs by the Normans and that the citizens celebrated the liberation with the preparation of this typical dessert. 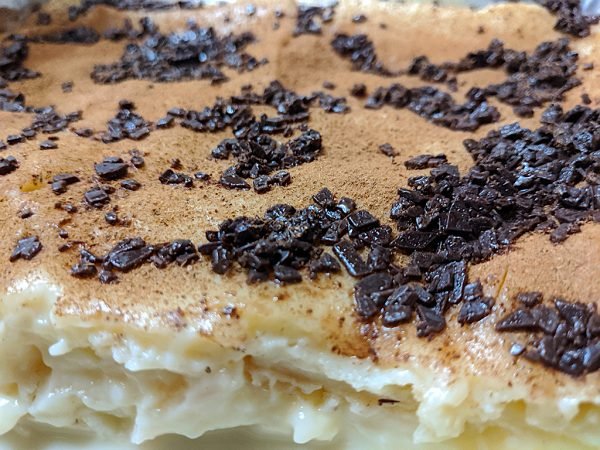 ENJOY!
Keyword Testa di Turco
Tried this recipe?Let us know how it was!